There are moments in your life that are truly considered life changing. Turning points that have a lasting affect in how you see the world and how you live your life. Although I’ve had several “big moments” up to this point I might categorize only 1 or 2 or them as “life changing”. This day would bring another.

On Wednesday, April 6, 2016, I went in to check on our girls following the laser surgery for TTTS and Intrauterine Blood Transfusion for TAPS that had been done in the past 2 weeks. Both surgeries had been successful and at this point I was 22 weeks pregnant. We felt optimistic but nervous that yet another blood transfusion would be required for Holland before we made it farther along in the pregnancy. The echocardiogram that day would tell us how bumpy the road ahead would be as we progressed through the pregnancy. We were mentally prepared for another intervention if Holland’s heart hadn’t improved, for constant monitoring for cord entanglement, for preterm labor, for eventual hospitalization that would be required if we made it to 30 weeks and for a NICU stay once our girls were delivered. We had prepared for so much and were ready to continue the battle for our sweet baby girls.

They began the ultrasound and paged our fetal intervention specialist, Dr. Espinoza, to let him know we had arrived and to come meet us. At this point I had easily logged well over 25 hours of ultrasound time watching my babies on that tiny screen. I knew the routine and what to look for very well. As usual, I frantically searched for the reassurance of seeing their two heartbeats. The technician quickly settled on Holly and I breathed a huge sigh of relief as I saw the rhythmic pulse of her heart beating at a normal rate. I watched her measure the MCA levels, a number I knew well by this point, and was relieved to see it was still stable and perhaps even a little lower than when we’d left the hospital. To my untrained eye she looked stable at the very least but I was anxious to hear from Dr. Espinoza to see how her heart was holding up.

At that point Dr. Espinoza and the rest of his team came in and shook my hand and then turned to look at the screen. He gave a quick nod, said “Okay” and then asked, “Are you alone today?” as he walked over to the ultrasound machine by my side. My mind started spinning and I had the sick realization that we had never scanned Madeline. I HADN’T seen two heartbeats yet. I felt panic and hope rising up in my throat while thoughts races through my head… Madeline wasn’t sick, we just hadn’t had time to finish the scan yet. Was I here alone? Yes. I am alone because we weren’t expecting another transfusion for Holland today. The panic begin to overtake me.

He had asked if I was alone today and I could feel myself desperately clinging to hope for our baby girls and the only response I could get out was, “Do you have bad news for me?”. I will never forget the moments before and after he answered that question. The last moment of hope that my babies were still alive, followed by the first moment knowing that I would never bring home my two girls. I would not be a mother of twins. I would not get to use the sweet twin cradle Ryan had lovingly put together that weekend. Dr. Espinoza put his hand on my shoulder and responded, “Yes, I’m sorry” and I felt the last bit of hope slip out of my fingers more rapidly than I could’ve imagined.  We had lost Madeline, our recipient twin, our healthy girl. At some point over the past few days her heart had stopped beating unexpectedly. She was gone and the world changed.

We reached Ryan on the phone and he made it to the hospital in less than 30 minutes. The grief and shock of losing our “healthier twin” was overwhelming. We also learned that Holland had developed some swelling of her skin and was still very sick so we needed to complete another fetal echo to see the status of her heart. We were silent and tearful during the echo and the cardiologist came back with positive news that the leakage in Holly’s heart was now at a moderate level but it would take another week to see how it would progress. In the meantime Dr. Espinoza wanted to scan her daily to monitor her other levels.

Ryan and I spent the next few days in shock and grief, not leaving the house much outside of the daily ultrasounds to check on Holland. Each ultrasound was a reminder of Madeline’s death but also gave encouragement as we watched Holland’s MCA levels improve and the swelling of her skin and heart start to decrease. By the following Monday it appeared the TAPS had started to resolve itself with the first blood transfusion and a second transfusion might not be needed after all! The news was bittersweet to know that we had been so close to having two healthy girls. Holland was looking much better and the next step was to continue to monitor her to see if there would be any long-term damage from the anemia. We were now considered a “fairly normal” pregnancy and just needed our girl to grow.

TAPS is still an evolving field and not much is known about this awful disease. Shortly after Madeline’s death, our medical team theorized that her heart had either deteriorated and failed in the days since the transfusion (struggling too much against thick blood caused by TAPS), or that a clot had formed and caused her heart to stop. Her heart had looked strong in the fetal echocardiogram the day before the blood transfusion so there had been no reason to intervene with a dilution for Madeline.

After delivery the pathology report came back with evidence of a blockage that seemed to indicate that it had been a clot that killed her. It was bittersweet to hear that news…her heart had been strong but her body just didn’t get enough time to regulate the blood count after the first procedure and the thick blood was just too much.

We are hopeful that continued research will help other babies diagnosed with this condition. Further updates can be found via blog posts and the Labor & Delivery page. 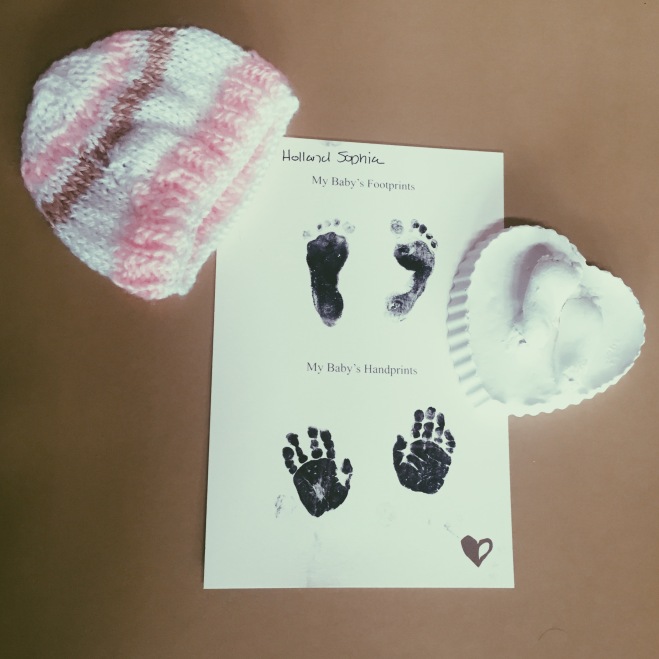 Memories of our sweet daughters